Seasoning a cast iron pan with olive oil is not much safe & effective. The coating will no longer last for a long time.

In general, high smoke point oils, which has a higher percentage of polyunsaturated fats, are the most preferable option for pan seasoning; to make it rustproof & nonstick.

Olive oil has a low melting point & higher percentage of monounsaturated fats; so, maximum oil will be vaporized at a low temperature.

However, you can do so with refined olive oil; but, never use extra virgin olive oil (EVOO) here. Though, there are lots of health benefits you can retrieve from Olive ( whether it’s a virgin or extra virgin) oil.

If you want your cast iron skillet seasoning coating will be last for a longer run, then must season your pan with high smoke point vegetable oils.

In case, if you really want to use the olive oil for seasoning; then you must need to re-season the pan at least 2 more times; as compared to seasoning with oils like grape seed or canola oils .

In short the seasoning or recoating helps the cast iron & the chefs also in way.

The first one is- it preventing the skillet from rusting; so, our food will be toxic bacteria-free.

On the other hand, it makes the pan non-stick; which menace less oil will be required for meal preparation.

In the later part of this chapter, I will share with you different perspective of seasoning; with its bio & chemistry also.

Why Don’t you Use Olive Oil For Cast Iron Seasoning?

If we season with a low smoke point oils like an extra virgin olive oil, every time we cook above this particular temperature; it will start burnt off & let out the free radicals & burnt flavour on foods. Not only stop here the oil also releases chemicals; which not suitable for our health

This type of problem mainly occurs at a time of deep-frying ( oil temperature above 370F).

Even if you grill chicken/ red meats, vegetables the temperature of the skillet automatically riches above the 360F.

So, if we use LSO for seasoning, the coating will be automatically degraded.

Oils with a smoke point at least above the 400F (above 450F is much better), are most suitable for cast iron seasoning.

Experts also suggest using drying oil for seasoning. Basically, drying oils are those oil which forms cross-links (polymer); if they come directly contact with the oxygen.

If we increase the drying oil temperature & passes the only a limited amount of air, it rapid increases it’s viscosity. So, the cast iron will be well seasoned.

The application of drying oil is very wide; common example can be oil paints. Let’s discuss them one by one-

The flaxseed oil is a bit more expensive; but, it will deliver you best result for seasoning; whether its a carbon steel pan or a cast iron skillet.

The painting artist also uses this in their oil painting. It’s only edible drying oil which has high viscosity.

So, after seasoning the cast iron with flaxseed oil it will give most durable seasoning coating.

Let’s break down the fat’s and analyze it- it has nearly 73%  polyunsaturated fat and only 9% saturated fat. Besides that it also rich in omega-3 & omega 6 fatty acids.

Even many cast-iron experts also committed if you properly season nonstick cookware with flaxseed oil, the non-stick coating will be safe even in the dishwasher.

Poppyseed oil is also a bit more expensive; it has a wide range of commercial application. The smoke point is near 400F. It’s lite weighted, easily dried at a time of seasoning. I never tried it, but you can try it, and don’t forget to share your experiences with us.

The smoke point is very high 450 F; polyunsaturated fat content present here is 72% & saturated fats are only 9%. So, you can replace it with flaxseed oil.

But you have to think two prospective-

1st, make sure you don’t have any nut allergy.

2nd, the price is not cheaper.

It’s a drying oil & smoke point is 420F. That means you cook at a high temperature near 400F, the coating will not be burnt off or degraded.

Many cast-iron experts consider grape-seed oil is their favourite choice to season any types of cast iron materials.

It also has other positive characteristics like, it doesn’t leach any flavour to foods, saturated fat content is only 10% & polyunsaturated fat is 70%.

I hope you know that poly saturated fats are more actively form the cross-linking (polymer formation); as a result, we get a stick-less well-seasoned pan.

The refined sunflower oil is another semi-drying oil, (the non-refined version is edible also) smoke is near 440F; price is also cheaper.

This oil also can tolerate high heat & leaches only little flavor in foods; which is negligible.

I hope you got my point; this oil is also a good option for seasoning.

Additionally, it’s neutral in flavour; so the food test does not degrade for this oil.

Refined olive oil smoke point is somewhere around  410F to 415F. In addition it also rich in healthy fatty acids. You might think it’s just like other non-drying oil with a high smoke point.

So why we don’t recommend olive oil for seasoning? Because it contains more than 70% monounsaturated fats. If this fat percentage will be poly-saturated fats; then this oil can be a good option for seasoning the cast iron skillets.

From the logical perspective, Avocado oil can be the best option for cast iron seasoning amongst the non-drying oils; but it has some limitation also. The smoke point of this oil is above 500F; contains more than 75% monosaturated fat, poly-saturated fat 12%.

But, if the avocado oil contains 75% polyunsaturated fats, which actually form polymer & protect the cast iron from rusting then it can be the best option.

The other problem starts here on the oven; only and if your oven temperature can go above 530F, then only you can use it for seasoning.

There are lots of health benefits you can grab from the avocado oil if you use it on the daily diet.

My suggestion is, check your oven maximum temperature support, then go for seasoning.

The refined coconut oil smoke point is 400F. So you can consider it as a seasoning oil. But 90% of fats are saturated fat, which already thick. Therefore it’s polymerized form can good seasoning coating.

As per doctors suggestion, excessive saturated fat consumption can cause several health problems. Make sure you must keep it in your mind.

In addition, burnt coconut oil exhale bad smells. If canola or grapeseed oil is not present at your home; then obviously you can use it.

Though it contains less amount of saturated fats; but, above the smoke point, it forms thick polymer coating. Which is required for good seasoning.

Lodge cast iron brand is also suggest to use canola oil for their skillet seasoning.

Why We Don’t Use Mustard Oil For Seasoning a cast iron pans or pots?

Actually, mustard oil smoke point is nearly avocado oil (480F to 490F). But it has several drawbacks like-

Poly-saturated fat is only 21% and it’s banned in the US, Canada & EU; due to the high amount of erucic acid presence. But, you can use it for body massage.

Why You Needs To Avoid The Animal Fats For Seasoning?

Though many kitchen experts suggest animal fats for seasoning; but, in my opinion, you must need to avoid this fat.

Animal fats like fish oil are good for diet; but, don’t use it for seasoning.

Clarification On Smoke Point Vs Boiling Point Of An Oil

At a certain temperature (smoke point) any oil or fat content starts to vaporize as smoke, releases burnt flavour. The smoke points are widely varied from oil to oil.
Moreover, from this particular temperature oils are start oxidized and let out the fatty acids.

On the other hand, the boiling point of an oil is much higher than the smoke point, where the oil starts boiling.

This polymer sticks on the surface & provides an additional layer on it.

Which works as a protector, prevent the cast iron to comes directly contact with the water, oxygen & salt.

So, it automatically enhances the durability & longevity of the iron pan.

advice: to protect the seasoning coating

Before seasoning makes sure your cast iron totally rusts off. The basic seasoning method is almost the same; but, few materials you can change like for smearing the oil on the pan you can use either of the paper towel/dishcloth/ plain cotton.

Always do seasoning under the oven not on the cook-top the seasoning will not deliver an effective result.

So, let’s start the discussion-

Brief Description On Seasoning Process & Science Behind It

Proper care of cast iron, with perfect on-time seasoning, can make pan almost run for a lifetime. In seasoning process, fat elements are turned into polymerized gummy bigger molecules; which stick on the pans or cookware surface.

If you follow our cast iron seasoning tips it will surely help you. So long story in a brief way try to avoid olive oil for seasoning due to two major drawback higher percentage monounsaturated fat presence & unrefined olive oil has a very low smoke point. 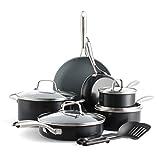 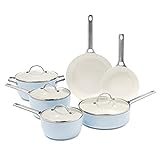 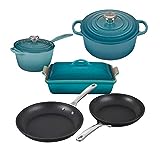